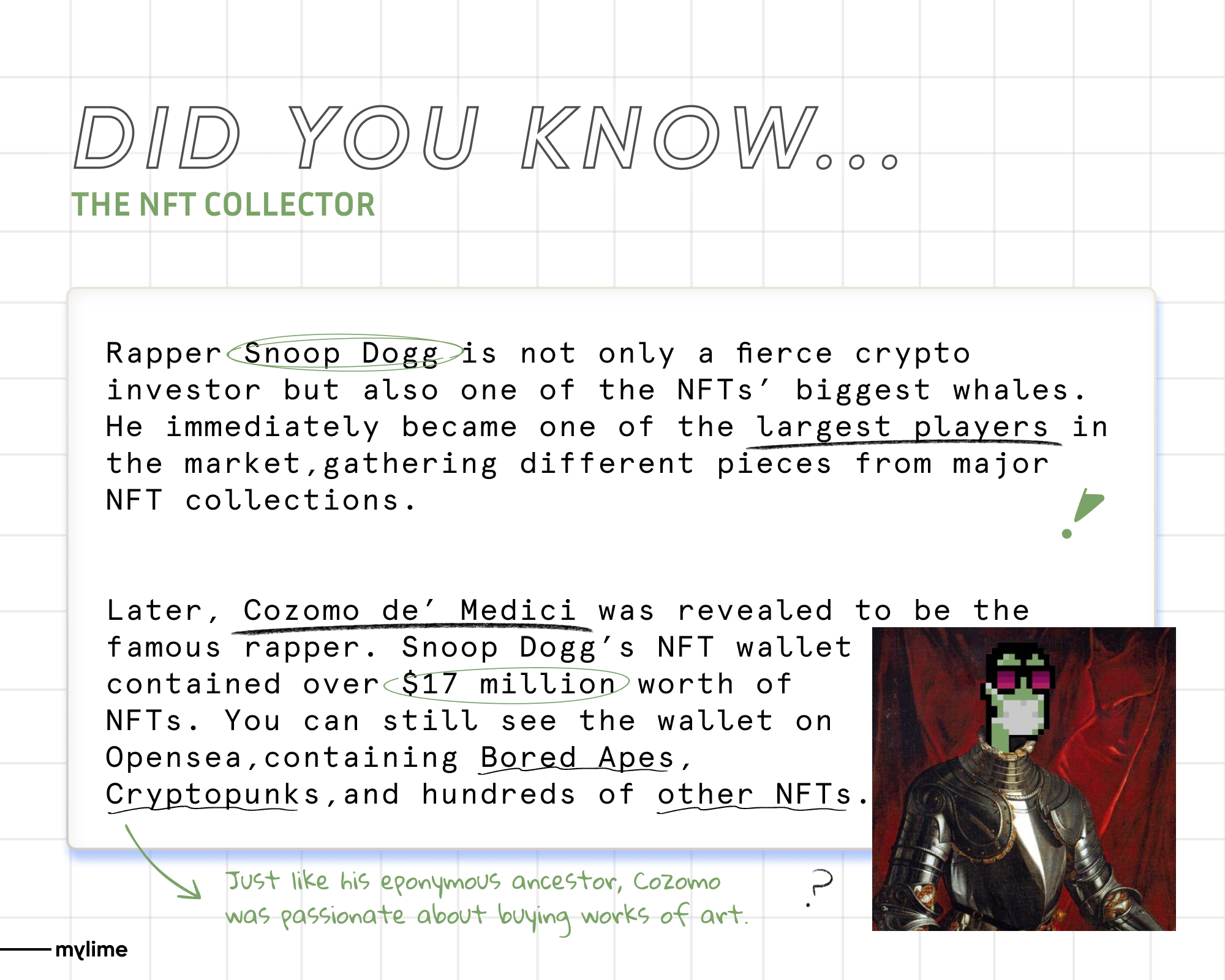 One of Snoop’s earliest NFT sales was in April last year, at the beginning of the #NFT boom, with the “Journey of the Dogg” auction that saw a collector’s item a one-of-a-kind digital artwork called “Death Row” sell for more than $100,000.

In September, Snoop Dogg claimed to have an alias: an anonymous NFT collector named Cozomo de’ Medici who, at the time of the disclosure, had a digital collection worth more than $17 million. 💰