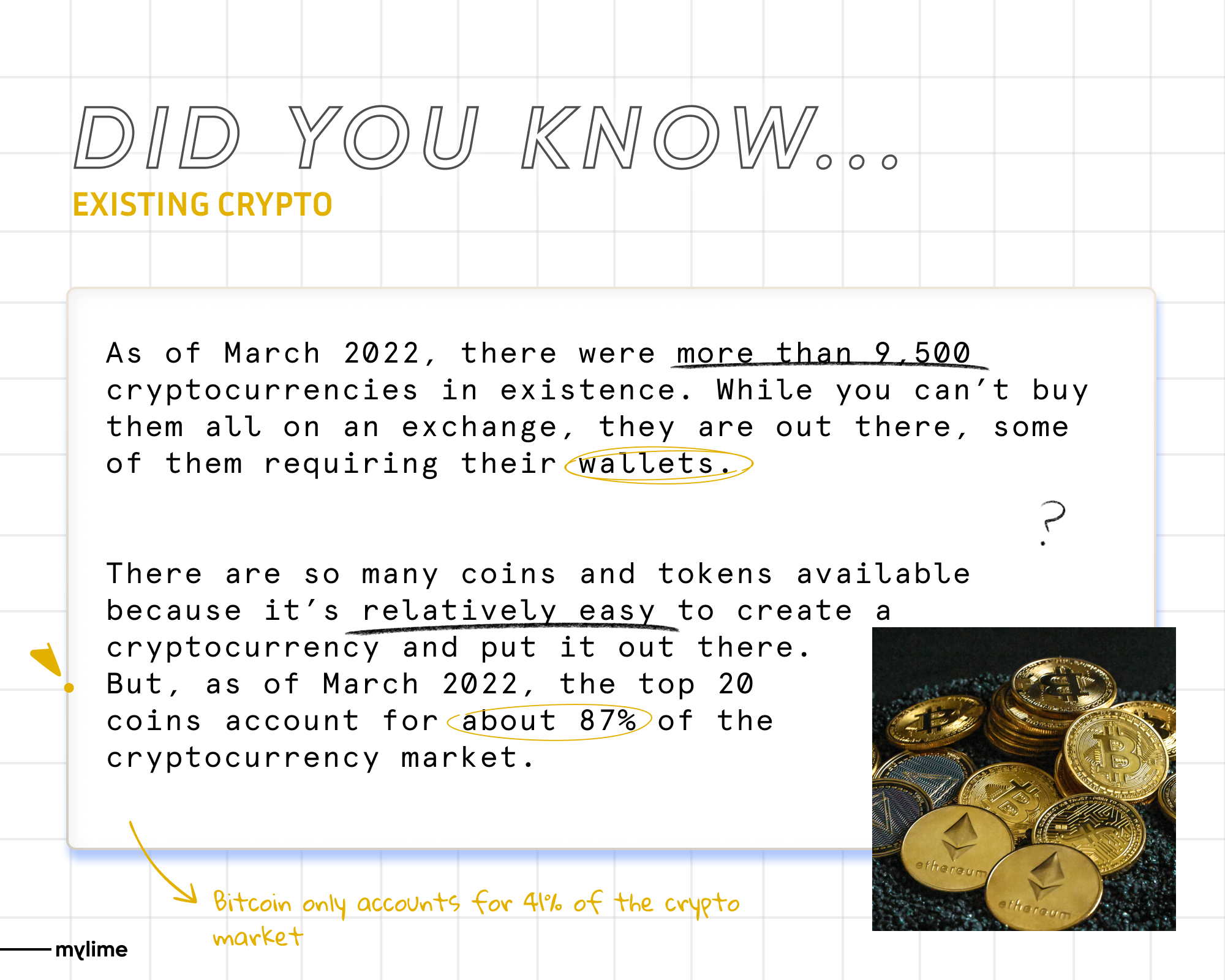 Anyone can create a cryptocurrency, even just for fun. But launching a cryptocurrency that is successful and gains value generally requires commitments of time, money, and other resources, in addition to advanced technical knowledge. Making a cryptocurrency is the easy part. Maintaining and growing it over time is usually much more challenging. 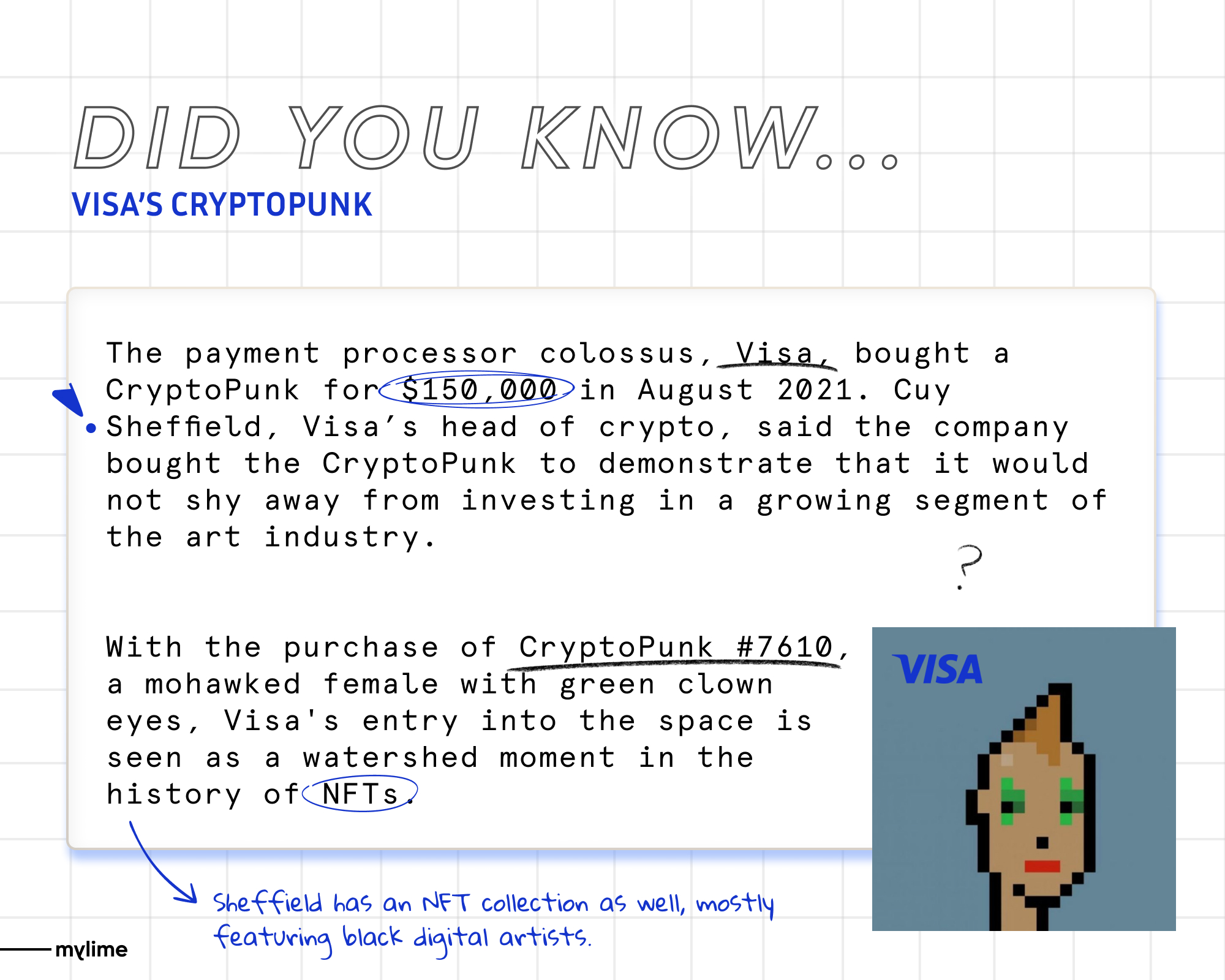 In an email, Visa’s head of #crypto wrote, “Our excitement about this project is less about any individual Punk and more about the #CryptoPunk collection as a whole and what it represents—the beginnings of a new chapter for digital commerce. This is just the beginning. We’re eager to continue building our #NFT collection and to support the diverse group of artists and creators working in this space.” 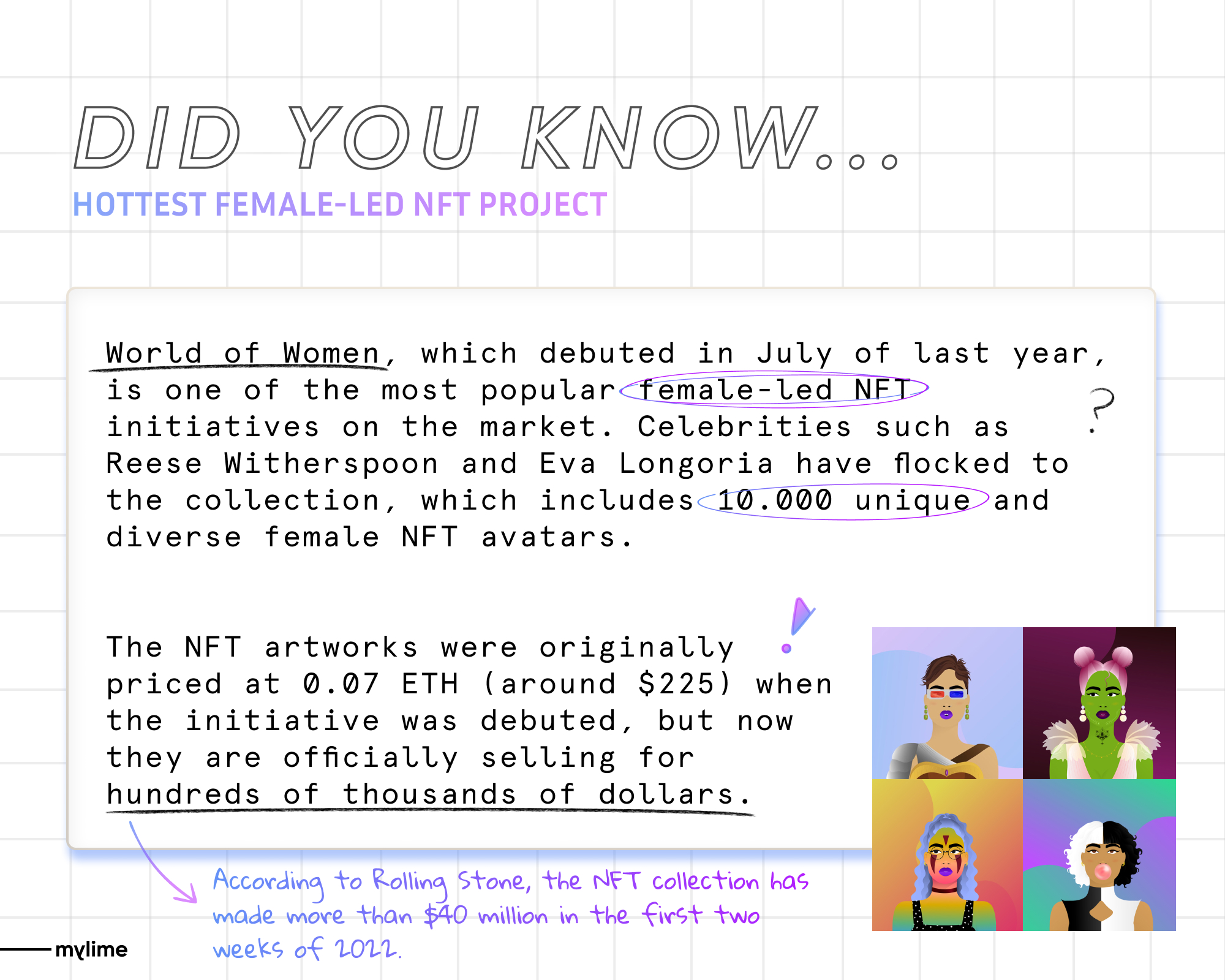 The WoW (World of Women) #NFT project was released on July 27th, 2021, and was created by the NFT artist Yam Karkai. WoW’s goal with their NFT collection is to leverage the art and community to: In the NFT and #web3 space, increase diversity and inclusivity.

The Merge is, what can be called, fragmented #art. Each of the ‘masses’ cost $575 when the sale began, but the price of the tokens went up by $25 every six hours.  Pak, a pseudonymous artist (or artist collective), has been at the forefront of #digitalart and #crypto media for more than 20 years, best known for creating Archillect, an #AI built to discover and share stimulating visual media. 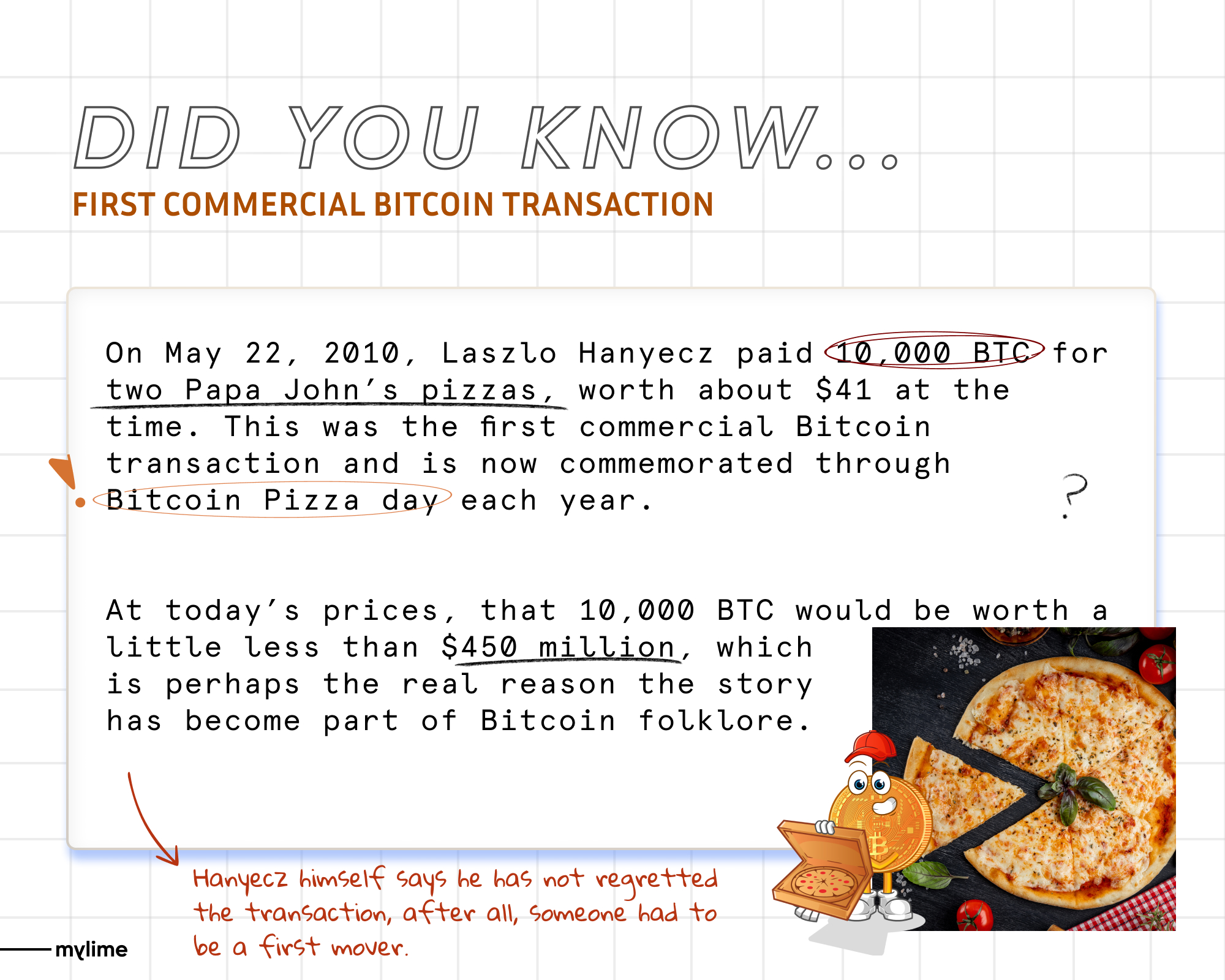 Laszlo Hanyecz in 2010 spent exactly $41 for two pizzas from the famous pizza chain Papa John’s, but instead of paying in dollars, he decided to make the transaction in #Bitcoin, paying 10.000 BTC.

Well, Bitcoins’ value has grown exponentially in recent years, and with that same amount of bitcoin today it would be possible to buy around 22.5 million of those same pizzas.

In honor of that first bitcoin transaction, a dedicated day was instituted, the #bitcoinpizzaday. A temporary virtual pizzeria called “Bitcoin pizza” was also opened last year. 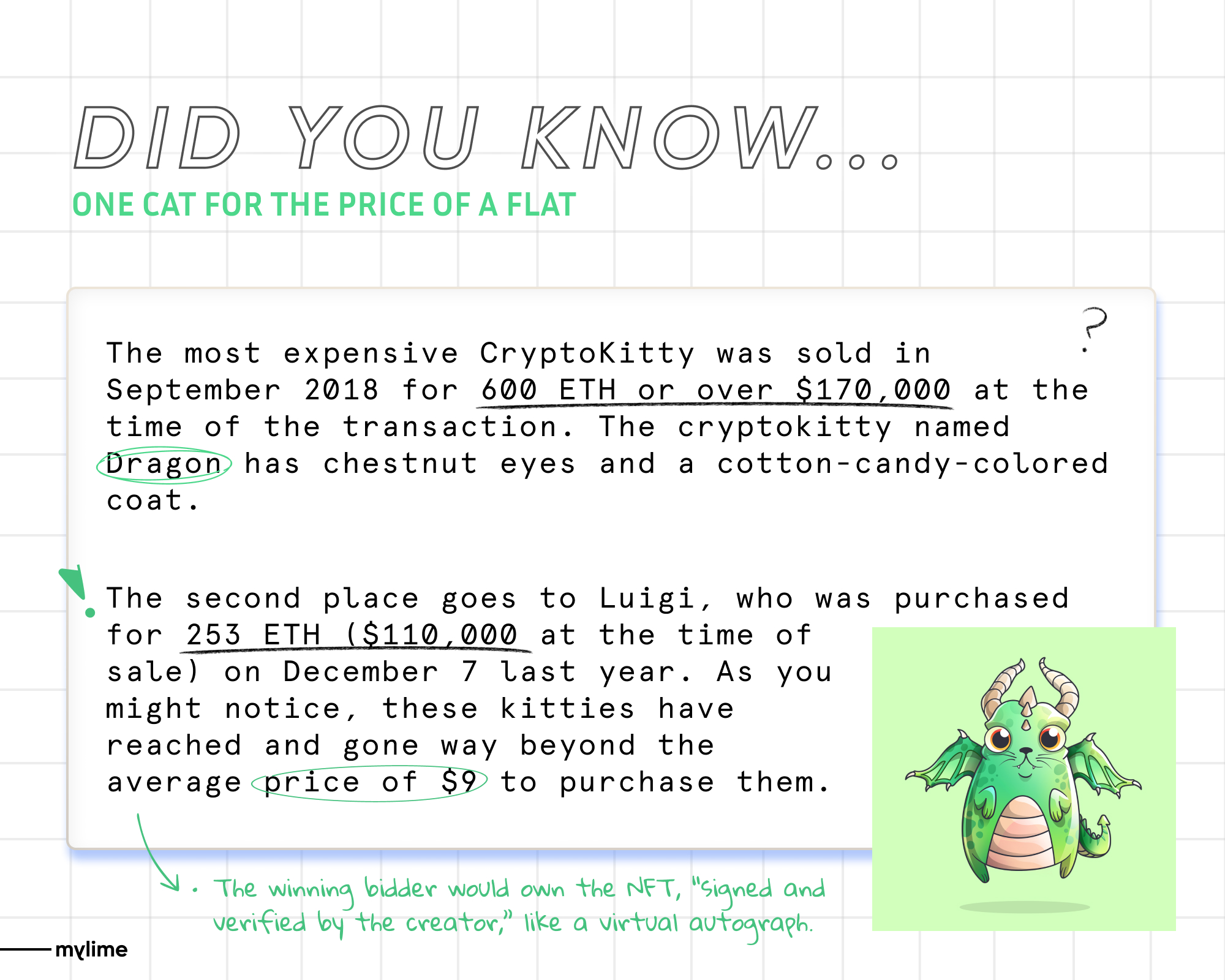 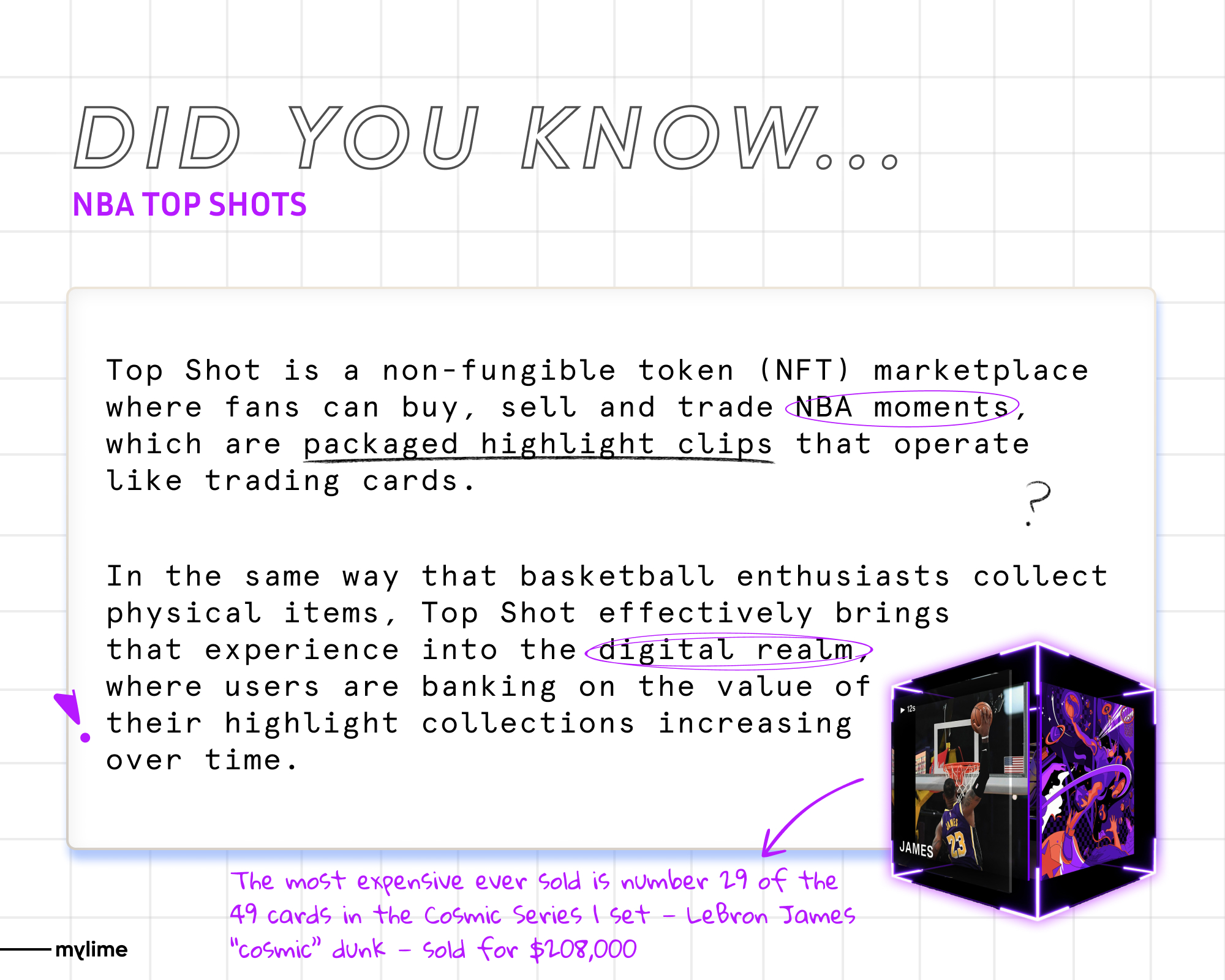 Have you ever heard about NBA Top Shots? 🏀
NBA Top Shot is an online exchange that sells #NFTs of NBA highlights, and is licensed by the National Basketball Association. Purchasers are given verified ownership of a URL that links to a site where the NBA highlight (in video form) is located.

The value of Top Shot NFTs is derived from the market, and not the utility or unlimited bundle of rights that accompany the #digital trading card. Because the NBA releases only limited quantities of each NFT, demand surpasses supply, resulting in price increases. 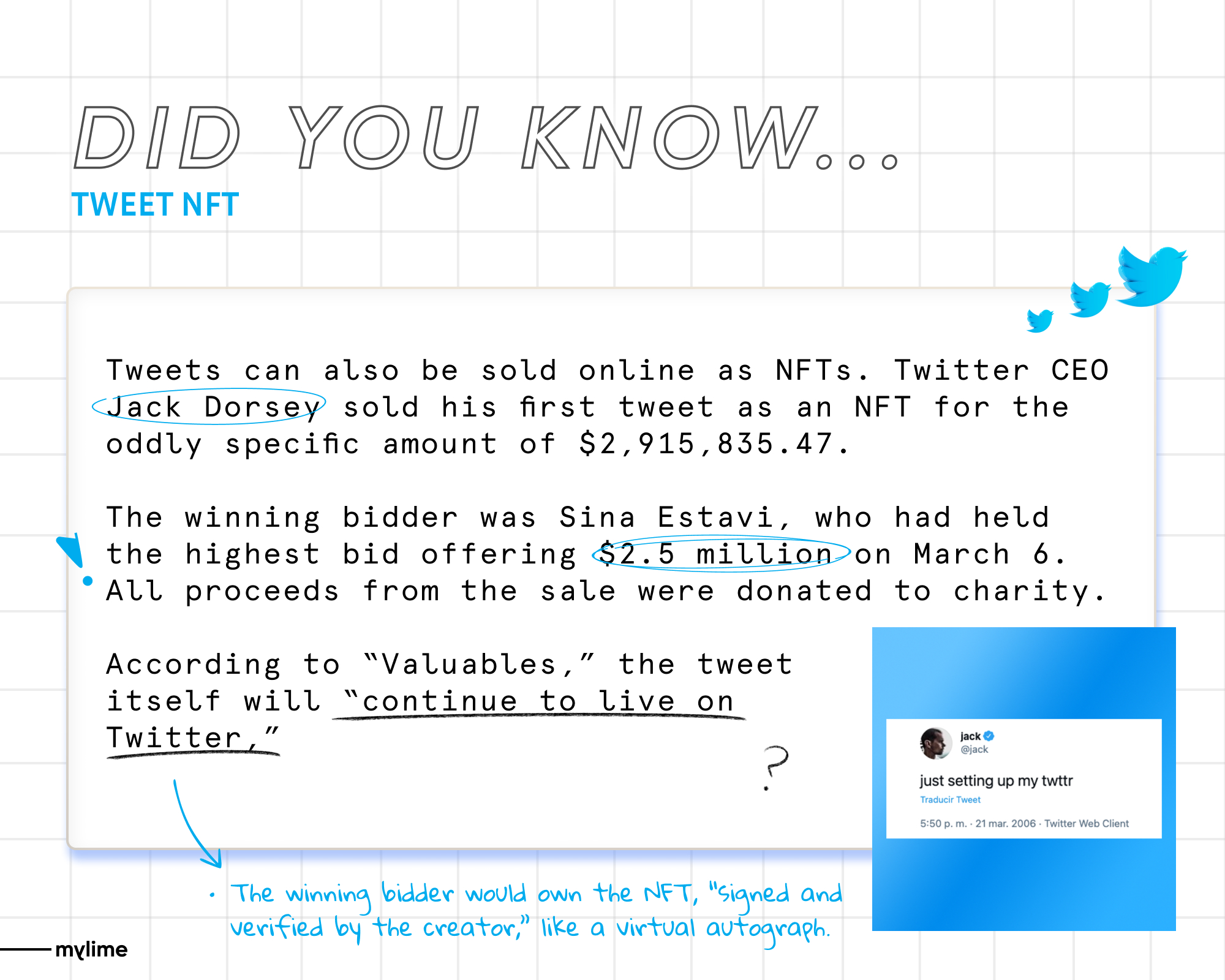 💬 Did you know that #tweets could be sold as #NFTs as well? The first one ever sold was auctioned by none other than one of Twitter’s founders, Jack Dorsey. The NFT represents his first ever published tweet on the platform back in 2006. 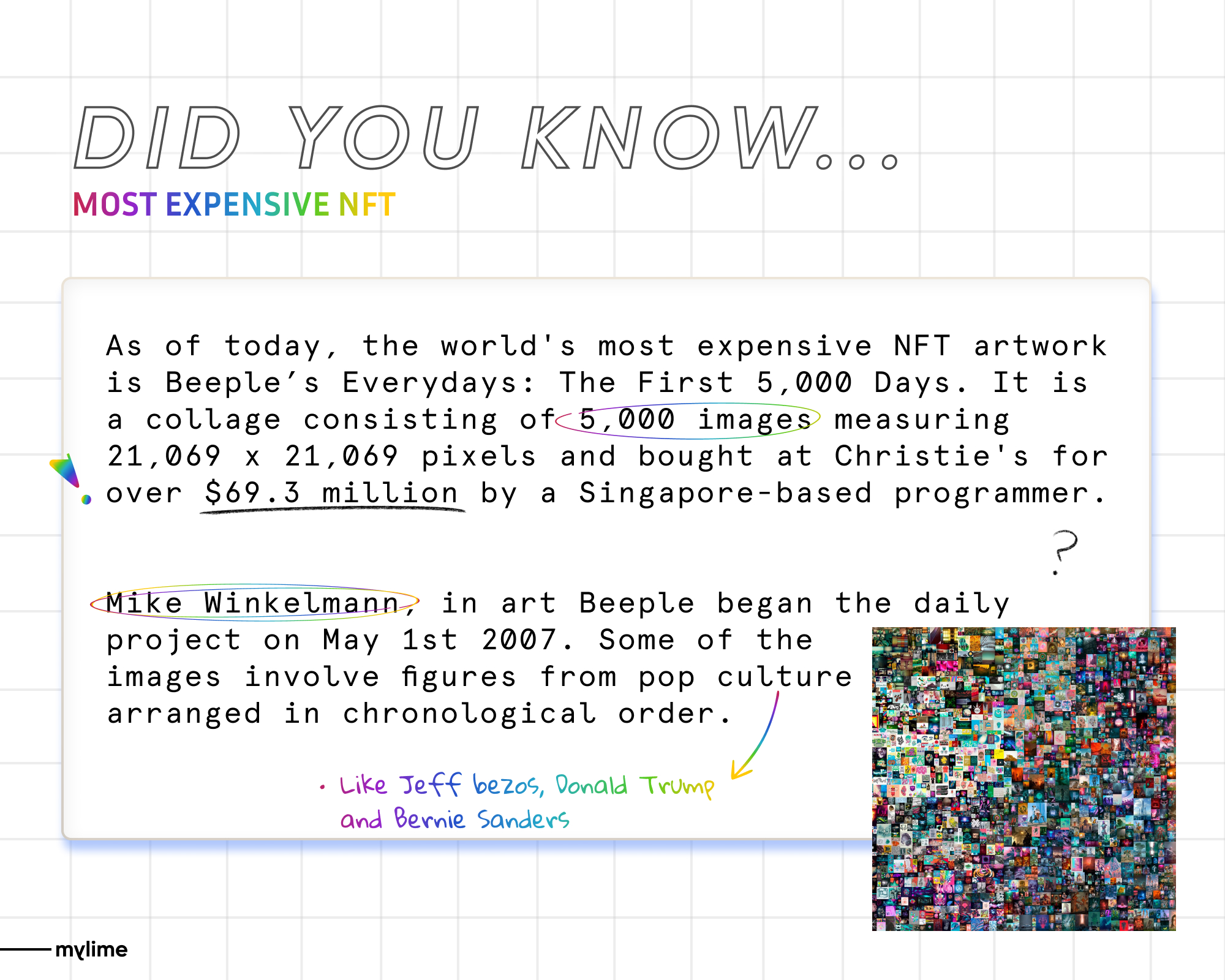 We have seen the first #NFT evaluated at $1 million, the Forever Rose, but did you know which one is the most expensive? 💸🖼

It is called Everydays: The first 5000 days and was evaluated $69.3 million. The record-smashing NFT sale came after months of increasingly valuable auctions.
In October 2020, Winkelmann sold his first series of NFTs, with a pair going for $66.6k each. In December 2020, he sold a series of works for $3.5 million total. And on April, one of the NFTs that originally sold for $66.6k was resold for $6.6 million.

The #auction’s winner didn’t get much: a #digital file, mostly, plus some vague rights to present the image. But Winkelmann expects to work with the buyer to find various ways to display the piece physically, whether that’s on a TV in their house or projected onto the side of a building at #Art Basel. 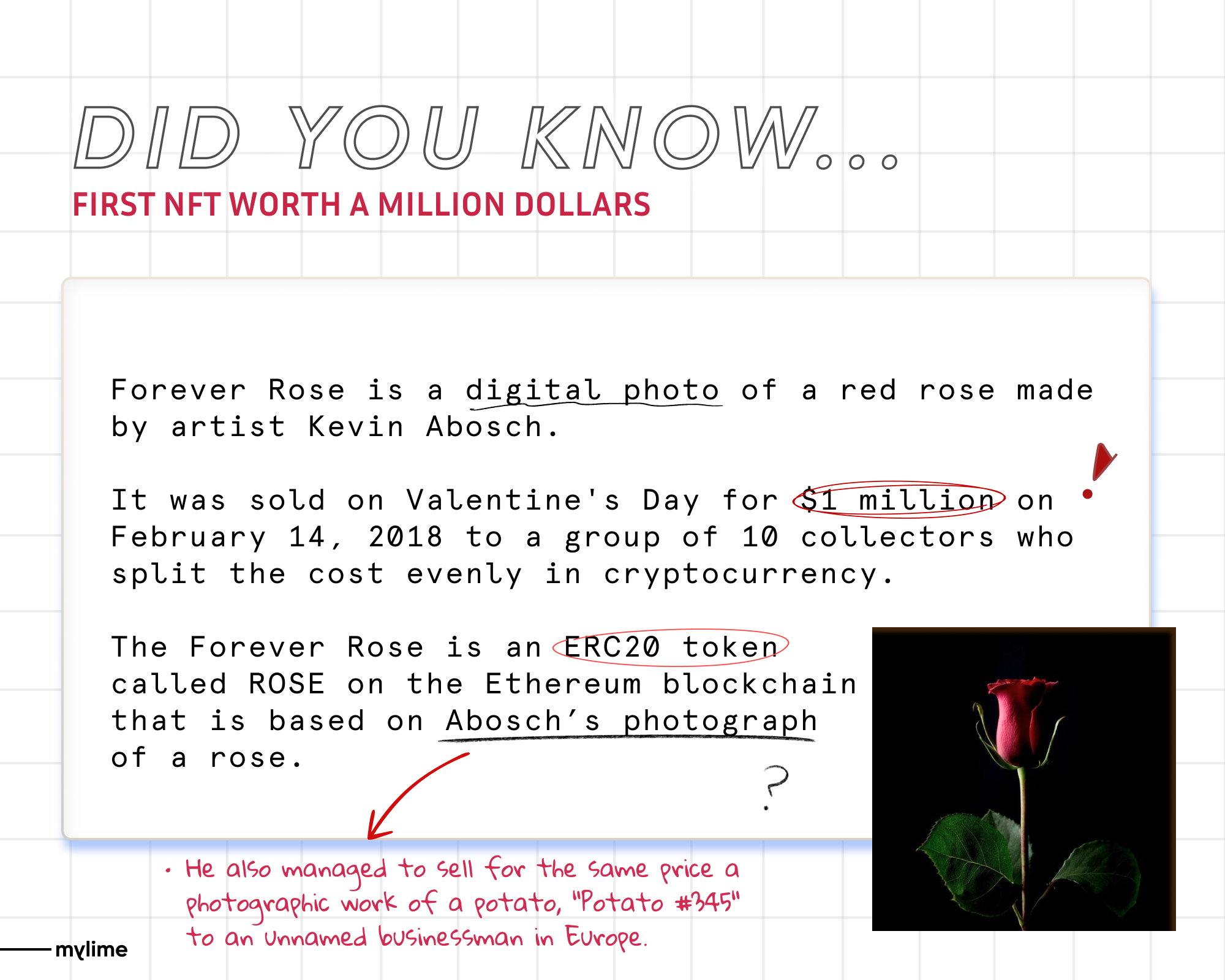 Lately, #NFTs prices have been skyrocketing. But did you know when for the first time, one of these #crypto arts reached the $1 million sale price? 🖼🌐 It was in 2018 and the NFT in question is the “Forever Rose”. 🌹

The cost of this artwork was split between 10 collectors (if you’d like to know who they are, their names are listed on the Forever rose website). This project was made up by the photographer and a team, with the purpose to bring #blockchaintechnology to the real world and people, helping artists and content creators to present their work to a global audience. “People traditionally have valued things they can see and feel. But some of the most valuable things — like #love, for example — can be felt but not seen,” Abosch stated. “#Art reduced to its essence is about the idea.”

It is said that the Forever Rose Project will help pave the way for art to be integrated with blockchain technology, protecting and storing the #value of art eternally.